Driving while drunk increases your risk of getting in an accident, putting your life and the lives of others at risk. The best way to avoid a DUI arrest in North Dakota is to not drive after drinking. Have a designated driver or call a cab.

However, we know that people do make mistakes. No one ever expects to get arrested for driving under the influence. North Dakota law enforcement is always on the lookout for impaired drivers. In fact, we have one of the highest DUI arrest rates in the country.

If you’ve been arrested for driving under the influence, you need an experienced DUI attorney. Many law firms handle the occasional DUI. At Schwab, Thompson & Frisk, we specialize in this area of law. In fact, we handle over a hundred cases each and every year. Whether it’s your first or subsequent DUI charge, we have the knowledge and know-how to pursue the best possible outcome. With offices in West Fargo and Dickinson, we are able to represent any North Dakotan facing a DUI charge. Contact us today.

A DUI arrest can happen after a traffic stop or an accident. You may have been stopped at a sobriety checkpoint after a night out. Or, maybe you were pulled over for expired tabs and the police smelled alcohol on your breath. Even being involved in a minor “fender bender” can result in a DUI arrest. Whatever happened, your BAC (blood alcohol concentration) level was above a certain amount and now you’re facing a DUI charge.

The legal BAC levels in North Dakota depend in part on your age and what type of vehicle you are driving:

Be aware that you can be charged with a DUI even if your BAC was below these levels, if your driving was considered “impaired” by law enforcement.

If you’ve been arrested for your first DUI, you may think it’s no big deal. You’ll show up to your court date and pay a fine, right? Wrong. There is no such thing as “just” a DUI.

You need a North Dakota DUI lawyers to represent you, because you could be facing penalties that are tougher than you think. Not just a fine, but potential jail time and a suspended license. Imagine trying to get around the Dickinson area without a valid driver’s license. Your ability to go to work, pick up your kids, and run errands could be impacted.

If you’re convicted, you can also count on your car insurance premiums going up. On average, a first-time DUI can raise your rates by almost 50%.
Second, Third, and Fourth DUIs

For subsequent DUI arrests, the stakes are even higher. For each conviction, potential jail time and fines are increased. Even a second DUI within 7 years can result in your license being suspended for an entire year.

Check out our results ranging from dismissed to reduced DUI charges.

You may face additional penalties under certain circumstances. If there was a minor in your vehicle when you were arrested, you could be looking at one year of jail time. And if anyone was hurt as a result of an accident in which you were an impaired driver, the potential jail time is five years.

Did you refuse to take a breathalyzer test? Refusing a test is considered a crime. You could still be facing jail time or a fine and should seek legal representation.

If you’ve been charged with DUI we are the lawyers to turn to. We have offices in Fargo, Bismark and Dickinson. We provide free consultations 24 hours a day, 7 days a week. Give us a call at 701-365-8088. 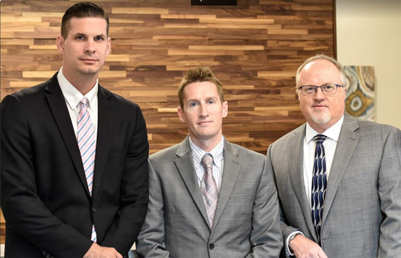